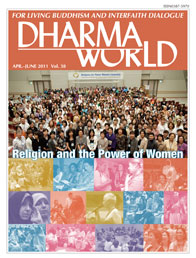 Religion and the Power of Women

It is also true, however, that religion has often been used to justify discrimination against women. In this special issue, we would like to hold up a religious ideal transcending differences of gender for the building of a society that fosters religious sentiment and reverence for life.