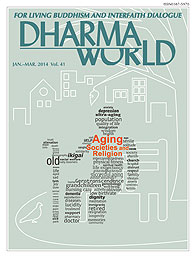 Longevity is a universal hope. Longevity myths and legends in every culture and in every time have reflected the fear of an untimely death and the hope of a long, healthful life. With the medical advances and higher living standards of the second half of the twentieth century, average human life expectancy has lengthened considerably. Longevity is no longer a privilege of the fortunate few.

Longevity has raised new problems, however, with the large and ever-increasing proportion of older people in the world population. According to the UN report “World Population Ageing 1950–2050,” developed countries’ birthrates have fallen, while the number of people sixty years old or more is projected to increase from a fifth of the population in 2000 to a third by 2050. In less developed regions, it will increase to a fifth by 2050.

As you well know, Japan is at the forefront of the aging global population. The number of people older than eighty-five is expected to reach 9.2 percent by 2035. Japan is proud of its people’s longevity. At the same time, however, it faces multiple, complicated problems that put pressure on people socially and psychologically. These problems arise from the shrinking labor force because of the lower birthrate, higher medical costs, a shortage of caregivers, the many elderly people no longer finding meaning in life, the financial burden on families with aged parents, and so on. It is sad to think that humanity is paying a heavy price to fulfill its dream of longevity.

The transition from the short lifespans of the past to the long lifespans of the present is new in the long history of religion. Religion is now challenged to offer new guidance on how people with longer lives can find purpose and support one another. Since aging societies are becoming a concern worldwide, we seek suggestion on fresh approaches for religion to take in dealing with the issues of aging societies.