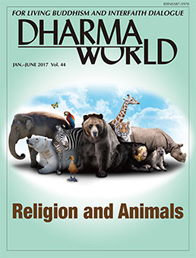 Animals contribute to human survival, as sources of food; add to human knowledge as subjects for research; and educate and entertain visitors to zoos, aquariums, and circuses. Many people enjoy the companionship of pets. Animals nurture us, giving us pleasure and purpose, and contribute to scientific progress, as in medicine. Some of us wear fur coats or leather jackets without a qualm.

People of various backgrounds, however, have recently criticized the relationship between human beings and animals, which dates back to prehistoric hunting and animal husbandry. Since the nineteenth century, concerns for animal welfare have prompted measures to prevent human beings from inflicting pain and distress on animals. The animal rights movement, which began in the 1970s, advocates that animals have the same rights as human beings to be free of suffering and exploitation.

The world’s religions have specific beliefs about the relations between human beings and animals. Judaism and Christianity believe that while humans have dominion over animals, humans are the caretakers of animals and must not exploit them. Hinduism and Buddhism teach that animals can be reborn as humans, and humans as animals, in an endless cycle of rebirth and suffering. Islam teaches respect for animals as God’s creatures, while Jainism teaches that it is wrong to harm to any living thing.

Numerous cases of abuse or suspected abuse of animals are being reported around the world. These include keeping them in small cages for industrial livestock production, animal testing of cosmetics, and in Japan, euthanizing many dogs and cats abandoned by their owners.

For religion to teach the sanctity of life, it may need to address more actively issues of the life and well-being of animals, which many people are so concerned about. How does religion see the current treatment of animals in many areas of society? Does not belief in the sanctity of life require religion to provide ethical grounds to prevent the mistreatment of animals and impart the wisdom to improve human relationships with them? With these questions in mind, we will examine how religion views animals today and how it approaches the issues of their life and well-being.